Design of a book on indie music in Spain

Indieside is a 150-page design book that illustrates and celebrates the alternative music scene in Spain in the 1990s. We planned its layout based on two apparently contradictory premises, at least initially: the brief from its author, photographer Nathalie Paco, and the editorial aesthetic that was prevalent in those years. The first required a clean and simple approach to the model. In the second, very much focused on the work of David Carson, the pages were resolved by a vociferous deconstruction of its elements in which readability and clarity were not, precisely, elements that needed to be respected.

Once we chose to place the photos as the central axis of the book, the text occupied a secondary level. To compose it, we decided to use Meta, one of the most representative typographies of that time, while for the headings we chose and adjusted a font that reflected the spirit of the publications created by Carson. Even so, we relinquished the strident aspect of his way of designing.

We also chose yellow as the complementary colour to break up the monochrome provided by the black and white photos.

Indieside is a design book financed through Verkami and although you can still get a copy by contacting its author, it is practically sold out. 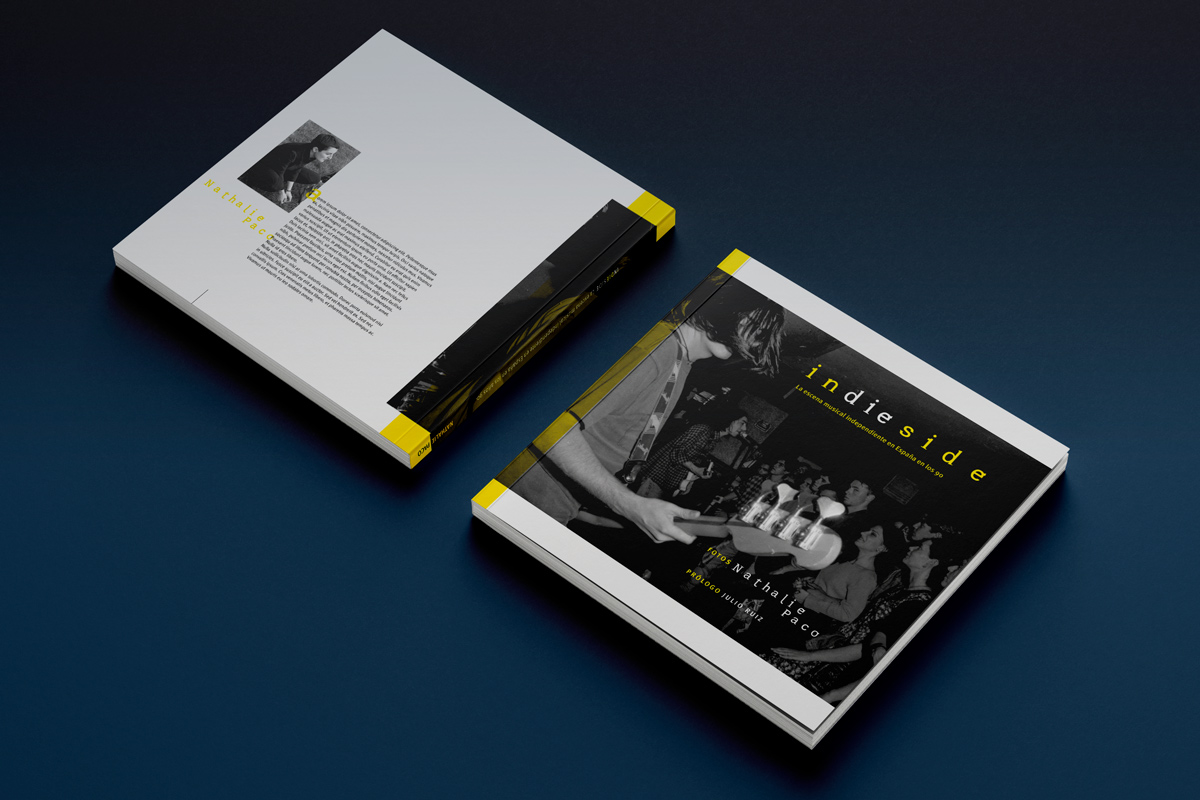 Design of a book on indie music in Spain