The label design for a wine with such a powerful name as Sex-Appeal entailed finding the perfect balance between excitement and elegance. This was resolved with the illustration of an enigmatic femme fatale inspired by the film noir of the 1950s, created by Nuria Riaza. The typography we used also pointed in the same direction, taking as a reference the credits of one of these films.

Another challenge arose when we had to adapt the label for the Chinese market, which asked for the label to be ‘Spanishified’ as much as possible. Some photos of Ava Gardner and Grace Kelly in Seville helped us to bring the Spanish aesthetic of the carnation and the Cordoban sombrero to the glamour of the golden years of cinema.

Project reviewed by the American site Packaging of the World. 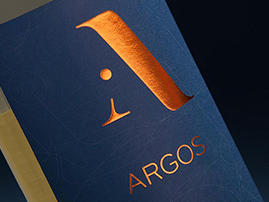 Design of wine labels for Argos 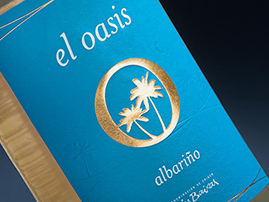 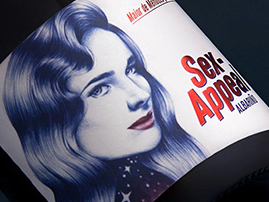